What Are The Big Outdoor Brands Up To?

What Are The Big Outdoor Brands Up To?

We went along to Outdoor Retailer Australia to check out what the big Australian and International brands were cooking up. Gear nuts, maybe you should give someone your wallet for safekeeping before you read this, there’s some juicy stuff on the horizon.

Mont Have Updated Their Moondance 2

Well-loved Canberra-based brand Mont have updated their famous Moondance 2 Tent. The sturdy shelter now comes in at 1.9kg, cracking under that magical 2 kilo mark whilst still retaining a bomber 10,000mm waterhead on its tub floor (read: really waterproof). They’ve also made the floor plan symmetrical and added some headroom. With 2 doors and vestibules it’s a cosy place to be in a storm. Oh and there’s a slightly heavier nylon version for all you 4-season backcountry monkeys.

Therm-a-Rest Have Made An Uber Light Sleeping Mat

They’re not kidding, the Therm-a-Rest NeoAir UberLite (their capitals, not mine) comes in at a barely fathomable 250 grams. Mental. Despite this there’s an R-value of 2 for a touch of insulation and it inflates to 6.4cm thick. And it comes in any colour, as long as it’s black. Sea To Summit is also saving weight on their mats, they’ve increased the distance between the air-sprung cells to reduce the amount of fabric needed. Sea To Summit have lightened their entire range.

Unsure About Sleeping Mats? We Tested A Bunch!

Remote Canister Stoves Are In Vogue

Canister stoves, where the stove screws into the top of an isobutane + propane canister, are pretty common in Australia, but due to our weird gas regulations it’s been much harder for brands to import remote canister stoves that run a hose from the canister to the stove. These stoves can offer more control, stability and even cold weather performance with the canister inverted, so it’s good to see them hitting the market. Sea To Summit have also started bringing this style of burner, but with a twist. I was shown this one from Trangia that’s designed to make use of your trusty Trangia (they normally run — slowly — on methylated spirits). Never seen a Trangia? Check Mum and Dad’s camping stash, it’ll be there. Making use of stuff that’s lying around, or does Trangia just need to let it go?

Biolite’s FirePit is sure to turn heads. The metal frame has a large battery that powers a fan that blows through 51 holes to provide a clean, smokeless burn that you can regulate at will with an app. The first gen doesn’t recharge itself with the heat from the fire (it would have added more weight to the 9kg unit so they included a solar panel) but with a 24 hour run time you should be ok. If you’re not one of the 500 Aussies who grabbed one off Kickstarter you’re not too late, Sea To Summit will be selling them for $400 a pop.

Head Torches Continue To Get Smaller And Brighter

Biolite are also cracking into the head torch game. These torches were super comfy and stable, with rear mounted rechargeable batteries and a whopping 320 lumens of light. I can’t find any info about these and am beginning to wonder if it was a dream.

Petzl have gone all the way towards the lightweight end of the spectrum with the 35g Bindi head torch. It’s billed as a head torch for runners in urban environments but with 200 lumens, USB recharging and IPX4 water resistance, it probably won’t be too shabby kicking around camp either. The unit had a weird method of adjusting the angle that didn’t feel rock solid – it’ll be worth looking out for a review. As usual, Ledlenser are creating super bright torches with focusable beams. The MH4 can focus its 200 lumens up to 130m away, last for 35 hours and most interestingly, pop out of its headband to attach to the waist or sit on tables as a lantern. The MH8 is also coming, which offers boosted specs over the MH4 (like 600 lumens in boost mode!). Ledlenser is pretty committed to the LED + focusing lens thing. Luckily, they’re really good at it.

We Compared A Bunch Of Head Torches: Check Them Out

Ledlenser’s Cracking Into The Lantern Market

The ML6 lantern from Ledlenser is a first for the company and they haven’t mucked around. The lantern uses a micro prism to cast a really even and efficient light. At full brightness it blasted us with its aura, in the daytime, in a brightly lit exhibition hall, so we’re pretty keen to try this in the bush. All hail the micro prism!

Other features include a USB powerbank function (that works while the lantern is on), and a range of smart hooks, magnets and clips to secure the all-giving light.

Charging all this gear you might need some remote power. Powertraveller is coming in hard as a competitor to Goal Zero, with solar panels that can charge devices directly and a range of smart batteries to keep you juiced. Being able to plug directly into your device instead of a battery is a big plus.

The Fjallraven Kånken is an iconic backpack with enough colour options to make a bloody good feature photo for an article about gear. Expect more Fjallraven stuff to start hitting the Australian market this year – did you know they make hardcore tents and canvas packs, as well as indestructible winter pants? 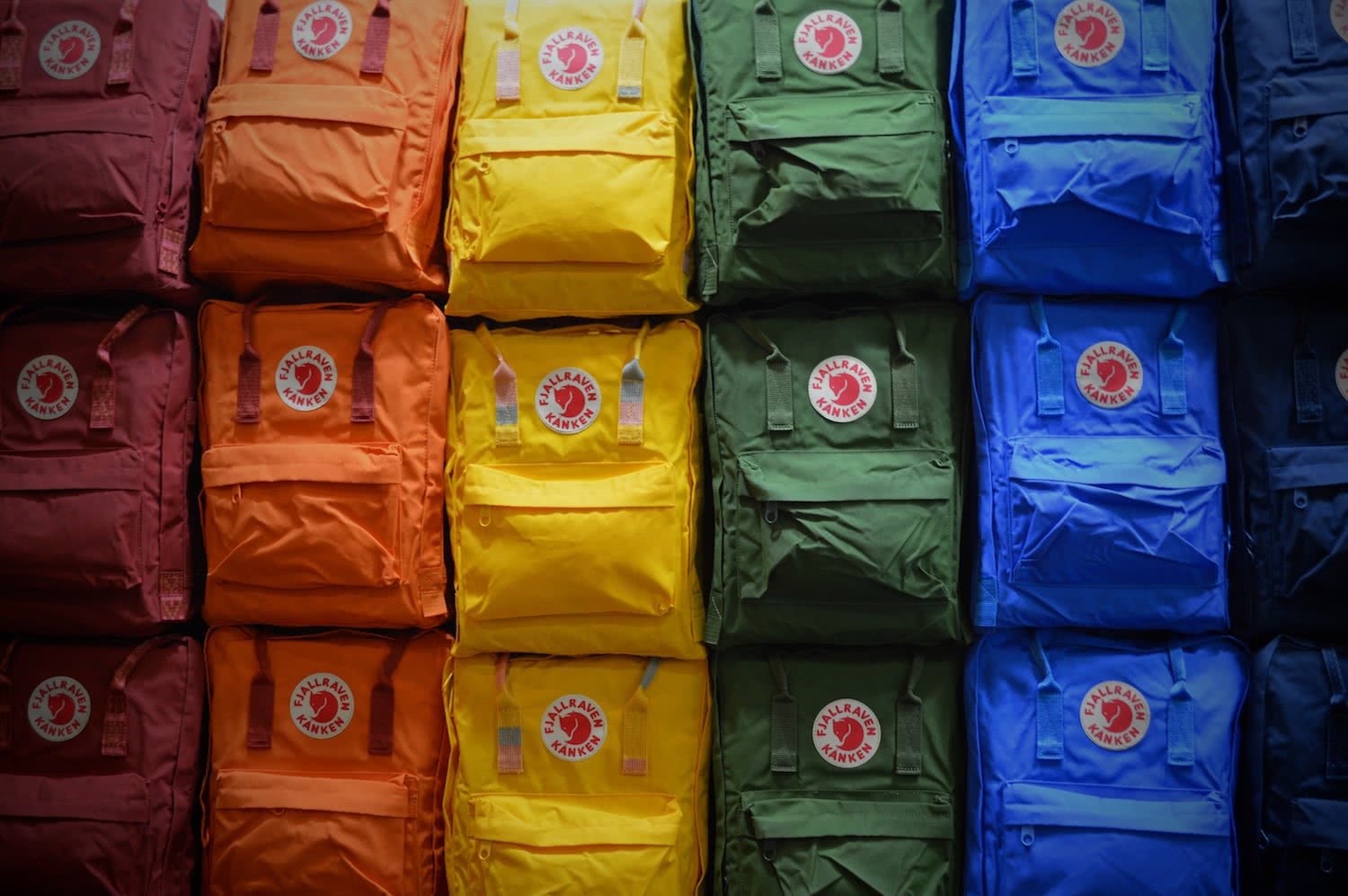 One Planet Have Made Their Hard-Wearing Packs Lighter

One Planet makes packs that are designed to withstand tough Aussie conditions, but that doesn’t mean they can’t shave a gram here or there. Their Toolangi pack now uses a 330 denier Cordura nylon fabric for the pack body, but owing to recent advances it’s even tougher than similar 500 denier materials. The Larrikin and the Tarkine offer the features you need and that’s it. Forever.

You might also notice Indigenous names entering their product line to replace those of questionable colonial explorers. We’re all about that.

Get Your Arse Into (Aussie) Gear

News,  Latest
Run Through The Pilliga Forest to Help Save it From CSG Mining
News,  Latest
Half Price Midweek Bookings at These NSW National Park Campgrounds
News,  Latest
Catch a Screening of ‘Forest Defenders’ at These Patagonia Stores Next Week